Is Coconut Oil for Canine Cognitive Dysfunction Wonderful or Worthless? 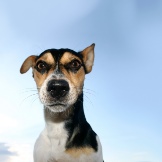 I am leery of anything that has the appearance of being the newest nutritional fad. I’m sure you know what I’m talking about … the latest berry, grain, or other food that is touted as being a “superfood” only to fall off everyone’s radar screen a few months later (usually once people realize they’re wasting their money).

Unfortunately, dog nutrition is not immune to these sorts of trends either. I’m naturally skeptical when I hear that a nutritional supplement can “cure” (or at least significantly improve) a disease that has thus far been resistant to treatment. This was my frame of mind when I started researching the use of coconut oil in the treatment of canine cognitive dysfunction (CCD).

First some background information. CCD is very similar to Alzheimer’s disease in people. Dogs diagnosed with CCD typically have altered behavior, can become anxious, have lapses in housetraining, become restless and wander (sometimes getting “stuck” in corners), and have altered sleep patterns. We do not know the cause of CCD; some evidence exists supporting several theories including:

It is this last point that has led some veterinarians to recommend using coconut oil as a dietary supplement for dogs with CCD, primarily because similar suggestions are sometimes given to people suffering from Alzheimer’s disease. As Dr. Michael Rafii, Director of the Memory Disorders Clinic at UC San Diego’s Perlman Ambulatory Care Center and Assistant Professor of Neurosciences at UC San Diego puts it:

Coconut oil has medium chain triglycerides [MCT], which are a good source of energy, in the form of ketone bodies … MCTs are converted in the liver into ketones, which can be used by the brain as fuel; they are a more immediate source of energy than other fats…

The theory behind coconut oil’s potential use in AD [Alzheimer’s disease] is that ketones might provide an alternative energy source for brain cells that have lost their ability to use glucose as a result of Alzheimer’s disease pathology.

However, there are no studies yet to support this.

In addition, it should be kept in mind that coconut oil is quite high in calories — 115 calories per tablespoon. That can add up when doses are 4 to 8 tablespoons or more a day. Large amounts can also cause diarrhea and other gastrointestinal problems.

Unfortunately, there just isn’t enough data to support the idea of using coconut oil to treat AD. It is impossible for us to know whether coconut oil has any beneficial effect in Alzheimer’s disease until a randomized, double blind clinical trial is conducted.

All of this is directly referable to the current situation surrounding the use of coconut oil in dogs with CCD. We simply don’t have any evidence whether or not it is effective or safe (I worry about weight gain, adverse GI effects, and triggering pancreatitis). I’ve heard some anecdotal reports of dogs with cognitive dysfunction seeming to improve when started on coconut oil, and others where it just made the patients fat. I suppose it might be categorized as “worth a try” if it is used in moderation with an appropriate reduction in dietary fat from other sources, but unfortunately coconut oil doesn’t yet appear to be a panacea for dogs with CCD.