The Right Way to Feed Dogs that Have Been Starved 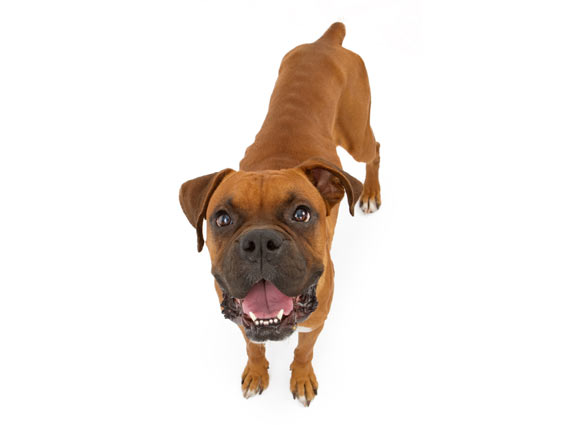 I ran across a local canine adoption event a couple of weeks ago. A couple of the dogs had been recently rescued from horrific conditions and were emaciated. We’re talking “skin and bones.” Their caretaker said they looked a lot better than they did when they were first brought in, but they were taking it slow when it came to weight gain.

As contrary as that might sound, this rescue organization was doing exactly the right thing. When dogs that have essentially been starved suddenly have free access to large amounts of food, they can become very sick and even die. This is an especially tough situation because our natural first instinct to seeing an emaciated animal is to give it food … lots and lots of food. In truth, the best thing to do is bring the dog to the veterinarian immediately for an assessment and feeding plan.

The most serious effect associated with reintroducing food to starving dogs goes by the name “refeeding syndrome.” It is well-recognized in people, but less research has been done in dogs. My somewhat limited understanding of refeeding syndrome is that in an attempt to survive starvation, the body’s metabolic pathways undergo some pretty profound shifts. When the body is suddenly “inundated” with food, these new pathways cannot handle the situation, which results in fluid, electrolyte, and vitamin imbalances that have adverse effects on many different organs, including the heart and brain. In extreme cases, organ dysfunction can become severe enough that the dog dies.

A less extreme form of refeeding syndrome results in gastrointestinal problems. The GI tract of a dog who has not been eating much (if anything) for a prolonged period of time simply can’t handle the sudden onslaught of a large amount of food. These dogs develop diarrhea, loss of appetite, and/or vomiting, none of which are helpful when weight gain is the goal.

I was taught to start feeding dogs at risk for refeeding syndrome at one-third of their normal, maintenance caloric requirement and gradually increase the amount they get from there. As far as I can tell, that recommendation is not really based in any scientific research, but is probably the result of a better safe than sorry attitude (not that there’s anything wrong with that).

I suspect the fine details are not all that important, but I still start with several, small meals of high-quality food three or four times a day. The first day, I aim for roughly one-third of what the dog would normally eat and take approximately five days to move the dog up to its normal ration, all the while monitoring the dog closely for any adverse effects. If the dog is otherwise normal but develops diarrhea, I back off a bit on the amount of food offered. Once the dog is eating what would be considered a “normal” amount, free-feeding a diet that is calorically dense (e.g., a puppy food or product designed for working dogs) is appropriate until the dog’s ideal weight has been achieved.